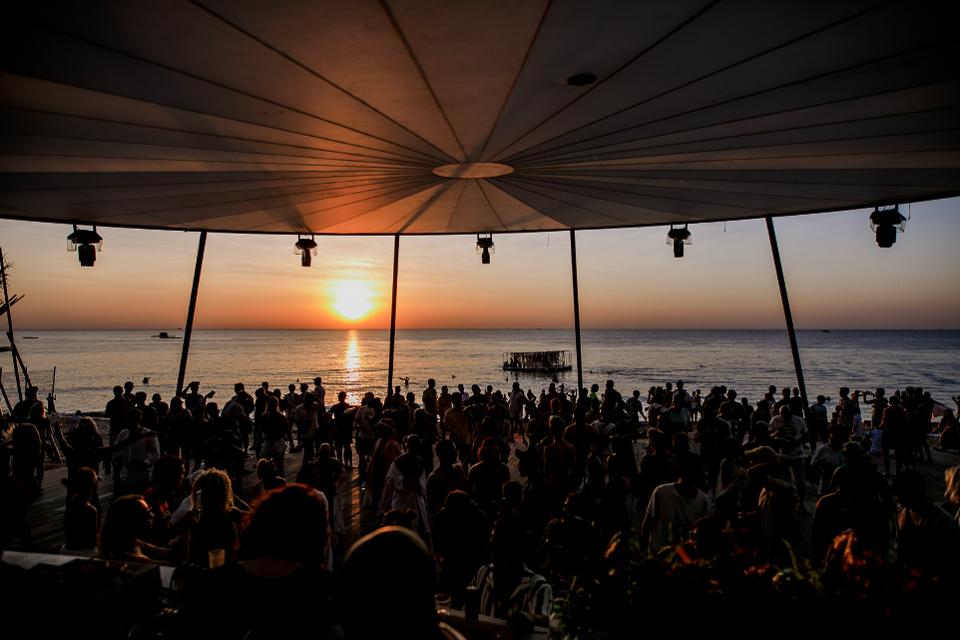 With music becoming the destination rather than just the soundtrack for a new generation of sophisticated, connected global travelers, festival organizers are pushing the boundaries between curation and experience design. The Epizode music and arts festival has been described as “not just a music festival; it is a celebration of life.” The 11-day event aims to combine art installations inspired by Burning Man, the wellness elements of Coachella and a tastemaker DJ lineup to rival some of Ibiza’s hottest nightclubs.

The Epizode formula is working. Attendees doubled last year, and the forthcoming edition is forecast to bring over 10,000 music lovers from 79 countries to the Sunset Sanato Beach on the island of Phu Quoc in Vietnam. The event begins on the afternoon of December 27, and the music will continue 24/7 until the closing sunset on January 7. Over the 11 days and nights of the festival 150 international and local artists will perform on four stages. Dutch DJ Satori has the honour of playing the first sunset of the event, and also the first sunrise of 2020.

Epizode CEO, Natasha Rogal, achieved a fascinating pivot from a successful career in the Russian media sector. Rogal established the Russian version of Variety magazine in 2011, launched the TV show Such a Movie for TNT, and produced two international projects in Hollywood, both involving nine-figure USD budgets.

Rogal explains how her path from the media industry to Epizode was guided by a passion for dance music. “I’ve loved dance music since the age of 12, and by 17 I was deeply immersed and going to open-air parties playing all sorts of sounds. I spent all my summer holidays in Ibiza, so my love of dance music grew, and as I found the industry very friendly it made sense to get more involved.” Her experience in media production provided a good foundation for planning Epizode. “I started in the film industry and picked up skills regarding assembling teams and learning how to manage people. I also learned about production cycles, which are similar in the movies and in music festivals.”

The sheer diversity of dance music culture inspires Rogal’s approach to Epizode. “Dance music now is vibrant and vital, with more genders, sexualities and races getting their chance than ever before, and more cross-pollination of sounds.” While the decision to situate Epizode in Phu Quoc was guided by the growth of Asia as an emerging market in dance music, Rogal is clearly smitten with the natural beauty of the island. “It is just a stunning location with the jungle, the sunsets and the beaches. It is a dream-like location many young people want to visit because of its rich history.”

Alongside the economic impact of 10,000 visitors to the island over 11 days, Rogal is keen for Epizode to support the local economy directly. “If we have the opportunity to use local resources, we always do.” Phu Quoc restauranteurs participate in the Epizode food courts and many island residents are employed at the festival. Rogal and her team are also careful to include local talent in the musical mix. “We hope we can pave the way for local promoters as well as giving local DJs something to aspire to, or even stages on which to play and impress. Last year, one of the stages was almost completely taken care of by Asian artists and it was very popular. We will do the same again this year.” The local dance music ecosystem is steadily growing around the festival, with Rogal observing an increasing number of promoters, club owners and booking agencies in the region.

Epizode attracts some world-class talent to the event every year. Over the past three editions, Epizode has welcomed Carl Cox, Peggy Gou, Ricardo Villalobos, Richie Hawtin and Loco Dice alongside many local and more underground acts. This year’s lineup includes the return of Loco Dice and Villalobos alongside Carl Craig, Jamie Jones, Anja Schneider, Moodymann, Craig Richards, Ben UFO and Nastia. Rogal believes that the unique environment encourages DJs to relax and to create something special. “The DJs love it and often stay around to party with friends and mix with the crowd. It is a great time of year when DJs are thinking about having some time off after the madness of summer and New Year’s Eve, so they are relaxed and happy to have fun.”

Every year provides some unforgettable highlights for Rogal. “Ricardo Villalobos has quickly become closely associated with us. One year all the crowd had masks of his face made and were wearing them during his epic set at sunrise. He also brought his children last year and let them have a mix, so that adds to the special relationship and the family vibes. No less memorable was the performance of Peggy Gou at Epizode Three, when the crowd chanted her name during the set.”

The Epizode experience is about more than just music. Daytime leisure activities include yoga, group meditation classes and healing sound sessions, while large-scale interactive art installations play an essential role in creating the right vibe. The artworks are not revealed before the event, but previous years have included enormous Dali-esque animal statues parading along the beach and a treehouse festooned with lanterns. Surprise installations and light shows add to the dreamy atmosphere. Daytime craft workshops will also be provided for clubbers keen to explore their creative side.

With environmental issues at the forefront of travelers’ minds, Rogal reveals how this edition of Epizode is focussed on being as eco-friendly as possible in a number of ways. “This year we have launched an eco-initiative, which we will develop and support in the coming years. Because so many people attend, we are wary of their impact on the ecology of the island, so we are going to study, analyze and search for solutions that will reduce this negative impact. We already do not use disposable tableware and plastic straws, and are negotiating with partners who will allow us to collect garbage and recycling separately. We want to get dancers involved in this too and get them to help us clean the beach, and there are many young local communities who are happy to help us.” Epizode will be educating their team, local partners and the audience about the responsibility that can be taken to protect the environment through a series of advisory meetings, lectures and group cleaning actions.

The Epizode mix of location, eco credentials and a tastemaker curation policy is proving to be a popular one, but Rogal is candid about the need to consistently deliver a distinctive experience. “The world is such a small place these days, anyone can go anywhere. With the rise of visual social media and photography, people want to spend their money on unique and beautiful experiences. And with so much competition for people’s money, festivals have to really work hard to stand out. Part of the way to do that beyond just the lineup is the location, local cultural offerings and everything else.”

Heidelberg-born techno producer and DJ DeWalta sums up why so many are keen to join the festival lineup. “Epizode is a fun get-together for many friends and colleagues in the music scene, launching into the new year under the sun. The location of this very well produced festival is smartly picked, and not only for the proximity of traveling electronic music enthusiasts. Fueled by the booming tourism in South East Asia, Epizode is perfect for combining an amazing music festival with a vacation during the colder and darker months in Eastern and Western Europe or North America. I can’t wait to return again for what promises to be an incredible few days!”

Tickets and group passes can be purchased via the Epizode website.

Did you enjoy this piece about Epizode Festival? Click here for more articles.