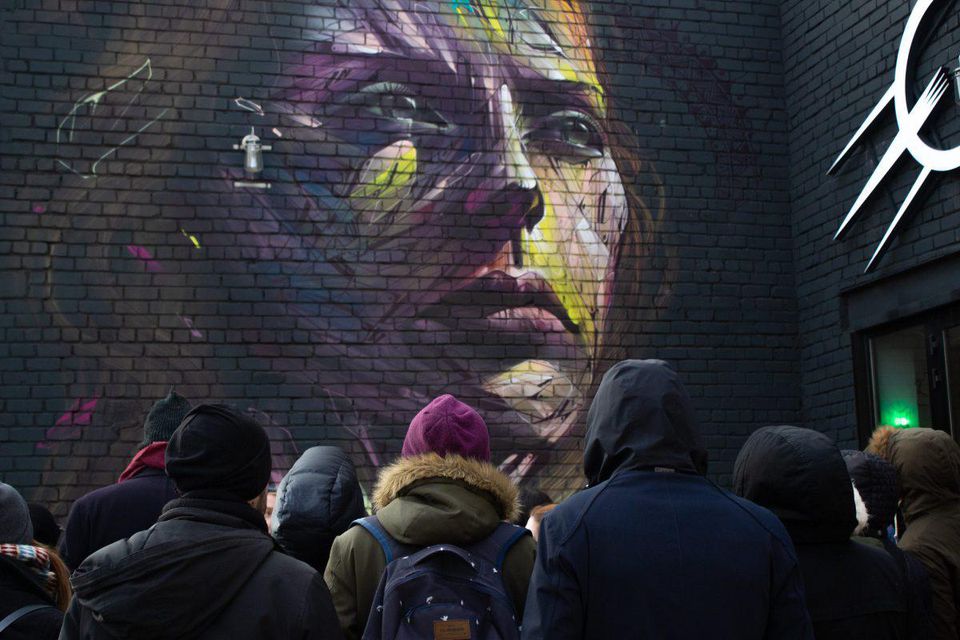 It is hard to comprehend the speed at which the creative economy is transforming parts of the Estonian capital, Tallinn.

Jaanus Juss is the Managing Partner at Arcis Partners and Founder and CEO of the Telliskivi Creative City district, now the hippest part of the city. He shows me around the area, explaining that just a decade ago Telliskivi (which translates as “brick”) was a collection of abandoned industrial properties. “These buildings had been deserted for 30 years. There were trees growing inside the empty shells, it was a no-go zone.” The picture today could not be more different, the energy is reminiscent of London’s Hoxton in the mid 90s, before its initial wave of regeneration morphed into gentrification.

Street art adorns renovated warehouses containing local boutique fashion and design shops. The district’s restaurants and coffee shops are doing brisk trade as a metal band sound-checks, thunderously, in one of the Creative City‘s many live music venues. As we walk past a busy playground, local children make the most of their time on a new climbing frame, their parents relaxing nearby, sipping flat whites in the crisp mid-morning sun.

Juss points to a piece of street art outside Fika (“the best coffee in Tallinn”, he adds) and tells the story of how it was painstakingly preserved when the nearby restaurant and music venue F-Hoone Must Salle moved in. He radiates the pride of a father at his children’s graduation ceremony, which in the circumstances is justified.

The redevelopment effort of Telliskivi took a radical approach by focusing solely on the creative economy. The mission statement of the Creative City was to provide a “fertile ground for fragile ideas”. His company took a huge risk in putting purpose before profit, and the gamble paid off not just in the form of the multiple awards that adorn the modest office of Arcis Real Estate nearby, but in a genuinely revitalized local economy.

Today almost 300 companies inhabit the former industrial wasteland, explains Juss. “90% are purely creative companies, whose rent we subsidize to approximately half of the market rate, people like musicians, recording studios, dancers, choreographers, architects, designers, fashion designers, and a large number of non-profit organizations whose values correlate. 5% is given to supporting functions, such as a printing house, a kindergarten, restaurants and shops, and the final 5% has been allocated to startups.”

The occupants of the Creative City are “heavily curated” he adds, with 90% of applicants being turned away. “We approach the curation of Telliskivi like that of an art gallery,” he explains. As a result, spaces can sit empty and un-renovated for up to 10 years until the ideal tenant materializes. A case in point is the impending arrival of the prestigious Fotografiska gallery, which will be opening this June. Their new home has been one of Tallinn’s most sought after pieces of commercial real estate for half a decade. Several major brands offered to sign 30-year lease agreements at rents way above market rates, only to be declined. Juss summarises their approach in no uncertain terms, “We are only about the substance.”

Their model of a purpose-driven economy extends to the many events taking place in Telliskivi, which now number over 650 a year, and attract over 700,000 visitors annually. In keeping with their support of “fragile ideas”, many exhibitors are given the space for free, along with free heating, cleaning and marketing support.

Last month Telliskivi was the buzzing hub of Tallinn Music Week (TMW), one of Europe’s most thrilling and genuinely diverse festivals. The maverick spirit of TMW is one of adventurous cultural integrity, mirroring the Telliskivi ethos to perfection. It is curated to represent “tomorrow’s music, art and ideas”, and comprises of hundreds of live music and art events, and a conference, scattered throughout Telliskivi and other venues across the city.

The Estonian government has been supportive of TMW since inception 11 years ago, and this year Kersti Kaljulaid, the President of Estonia, gave a suitably rousing yet reflective opening address for the event. “30 years ago we did not know what Estonia was going to be. Now we know – it is the creative hub of Europe. We want Estonia to be the safe dock for people who think globally and act globally. Without freedom there is no creativity.”

Creative freedom was much in evidence in TMW’s music curation, which was inspiring in its diversity and quality. From the edge-of-the-seat visceral rage of Siksa to the heartfelt Soviet cold wave of Molchat Doma, from primary school teacher turned rapper Alyona Alyona to queer disco cabaret punks Sado Opera, from “maximalist” hardcore duo MOJA to Sápmi sound artist Vassvik, you could expect the unexpected at TMW.

The kaleidoscopic range of live music available was a fitting backdrop to the main focus of this years TMW conference, “The Impact of Arts on Economy”. Speakers from government, business, tourism, music and culture were bought together at the recently inaugurated Estonian Academy of Arts to discuss how the creative economy can survive and thrive.

Guest speaker Gunvor Kronman, the CEO of the Swedish-Finnish Cultural Centre Hanaholmen, explained that Finland and Estonia have much in common. “Culture has a critical role in giving young nations an identity, but it must not be allowed to stagnate. When culture is too defined by political agendas then it becomes a burden.” Keeping the cultural landscape fresh was one of the reasons that Finland was able to pioneer the concept of stopover tourism, she added. “Out of the 21 million people who transit through Helsinki airport, over 18 million are non-Finns, and most stopover. Have no doubt that small Estonia can do big things with culture.”

Kronman’s sentiments were echoed by panelist Margus Sameli, the Director of the Estonian Tourist Board, who was quick to speak of the halo effect of culture on visitors to the country. “Tourism is about experiences, not just transport, and the number one travel motivator is culture. Our visitors are walking media channels. The brand of Estonia is not what we tell them, it is people sharing what they have experienced here.”

Fellow TMW conference panelist Indrek Kasela, the co-founder of the Temnikova & Kasela Gallery, spoke about the importance of artistic freedom. “Competing like politicians restricts you, our key performance indicator is freedom. Freedom is culture, and culture is about nothing less than the meaning of life .” Kasela, also a successful VC and investor, was clear that culture has an important role to play in uniting liberal humanity as ominous political clouds gather. “We are about to enter the darkest hour, at least in the western world. The best way to get out this dark hole is to hold hands and crawl out together.”

Panel moderator Paulina Ahokas, Managing Director of Tampere Hall, the biggest concert hall in the Nordics, captured the TMW zeitgeist beautifully by quoting a poem from over 100 years ago. The words from Finnish writer and social activist, Minna Canth, reverberated throughout the conference hall, speaking of the highest purpose of culture itself, that of elevating the human spirit. “Art softens the heart, refines one’s nature, makes us mannered. It awakens disgust towards brutality, pity towards the weak, empathy and tenderness for those who suffer. It opens the eyes to see beauty and awakens adoration where a duller mind only sees ugliness. Art loves life, it seeks life, and it finds life everywhere.”

In Tallinn, it was clear that music and the arts are alive, valued, nurtured and supported. It was heartening to see such a broad spectrum of creative leaders come together to shape the purpose-driven economy of the future, for all the right reasons.

Did you enjoy this piece about the creative economy of Tallinn? Click here for more articles.