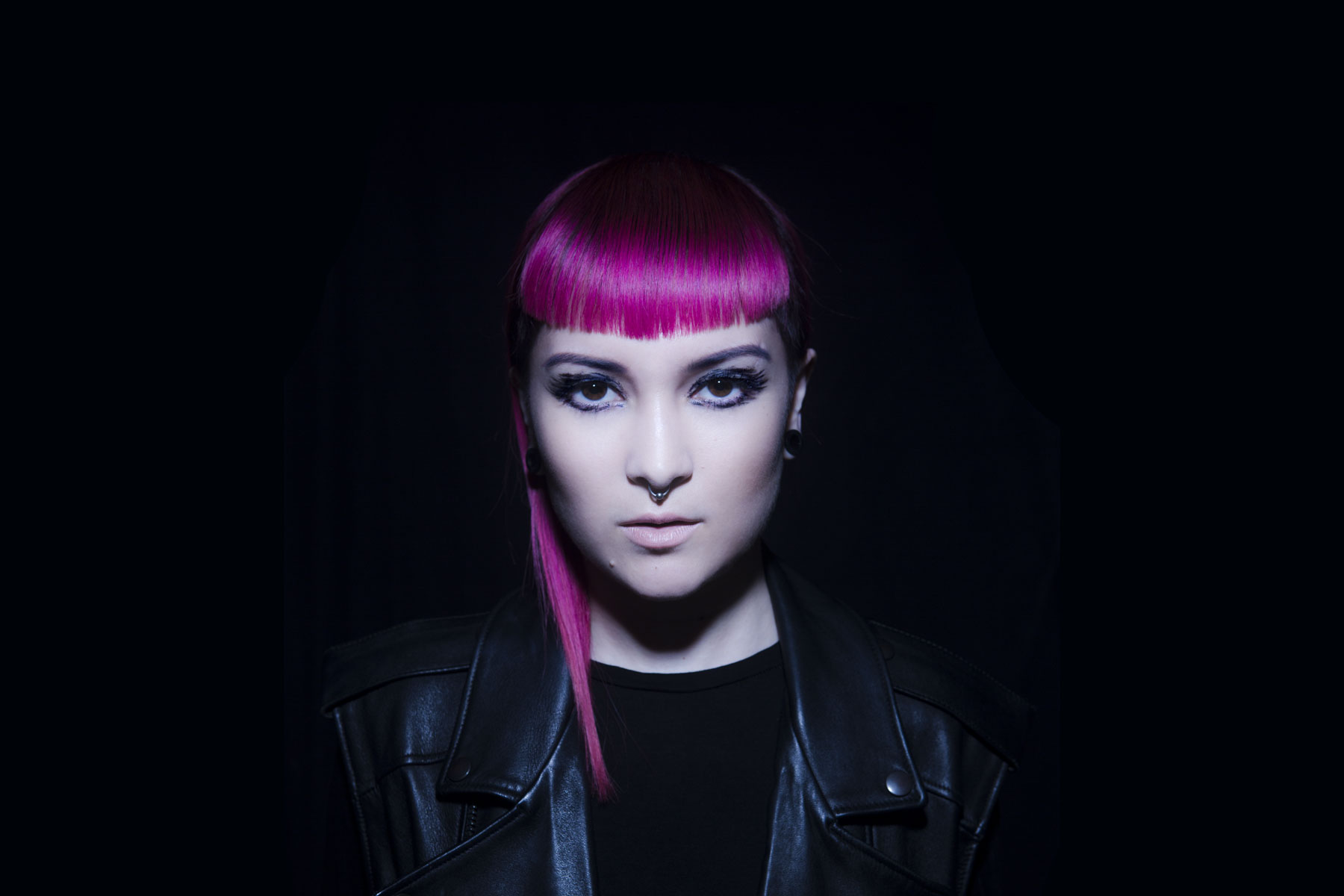 Welcome to my September 2017 Playlist, originally published in PHOENIX Magazine.

Dusty Kid dusts off one of the greatest composers in history to deliver a mysterious opus in its own right. Here Beethoven is in a spacesuit, somehow mixed up with some profound interplanetary intrigue, maybe. This chilled juxtaposition is thanks to Decca Classics opening up its epic catalogue of legendary piano recordings to some of the world’s foremost electronic producers for a new album entitled ‘Re:works Piano’, a fascinating project.

Siobhan Wilson is currently impressing us with her versatile creations and crystal-pure voice. Hailing from the far reaches of northern Scotland, Siobhan is now based between France and Glasgow, and accordingly sings in French and English as the mood takes her. Her main influences include Nina Simone and Joni Mitchell, but we are loving the finely honed indie vibes of “Whatever Helps” from her stunning debut album ‘There Are No Saints’.

Lomelda (aka Hannah Read) wrote “Out There” in response to a yarn her brother spun about finding an undiscovered archive of live Elliot Smith recordings. He later admitted he’d never met Elliot Smith, but Hannah spent the next six years trying to write a song in tribute to his story. Her vocals are simply beautiful, and her overall sound is intriguing and intimate. Catch her live at Mirrors Festival on 28th October in London.

British singer/songwriter Robbie Redway AKA Rondo Mo was inspired to write ‘The Fear’ as a poignant and personal reaction to a week-long stint volunteering for the Help Refugees charity in Calais. Robbie recently took to a barn in the remote landscape of Bodmin Moor in Cornwall to focus on creating his own sound. What came out of these sessions is currently being shaped and mixed with the help of legendary producer Ewan Pearson. We love what we’ve heard so far, and applaud his principled stand of donating all proceeds from this single to Help Refugees.

London Grammar’s remix choices are hitting the mark again and again, from Claude VonStroke to Chrome Sparks and now seasoned electronic music maestros Groove Armada. Better known for the chorus of “I see you baby, shaking that ass” this time Andy Cato and Tom Findlay show more of their diverse styles and production skills. This is a gorgeous remix brimming with atmospheric builds, rolling bass and angelic vocals, but keeping the emotional thump we love from London Grammar.

We are loving the sounds of Marcela Vale aka Mahmundi. She is a singer, songwriter, producer and multi-instrumentalist from Rio de Janeiro who has been releasing music since 2012. Her musical vibe draws on 80s Brazilian music but with a fresh modern day twist. Appropriately enough she won the Revelation Award from APCA (Brazilian Association of Art Critics) and her recent recordings have been picking up major-league plaudits from many Brazilian music critics.

British-Japanese house producer Maya Jane Coles is treating ears and dancefloors alike to her new collection “Take Flight”, released on her own label I/AM/ME. Maya is an enigma in today’s music world. On this album – as with all her releases – she has written, produced, engineered, arranged, mixed and performed every track, even finding time to design the artwork herself, from the EPs to the bespoke limited edition USB Sticks included in the deluxe album copy. We salute Maya Jane for doing it her way, like a boss.

8. Even Though (featuring XXYYXX) Giraffage

As Charlie Yin aka Giraffage is gearing up for his debut album release “Too Real”, it seems appropriate to reactivate one of his classics for the playlist. The album “Too Real” was recorded entirely in Charlie’s bedroom in San Francisco, has been two years in the making, and features Japanese Breakfast and Angelica Bess of Body Language. Charlie says the forthcoming album is “a return to my musical interests and roots”, with influences ranging from Radiohead, Sochi Terada and Yellow Magic Orchestra. Watch this space!

The first single from her forthcoming album “Take Me Apart”, “LMK” is written as a battle cry for modern independent women, demolishing the presumption that they just want to settle down. Kelela delivers a thunderous dance floor-ready cut, preferring a one night relationship and declaring “it ain’t that deep”. Kelela recently toured with The xx and Gorillaz and is due to perform at The Hollywood Bowl with Solange. Catch her if you can.

Wild Ones grew up on Cocteau Twins and En Vogue, and their sound is a mash of R&B synths, muted guitar, and sombre vocal melodies. Their album “Mirror Touch”, released on October 5th via Topshelf Records, explores mirror-touch synesthesia, a condition that allows one person to feel the same sensations as another. This first single ‘Paresthesia’ is about a time in lead singer Danielle Sullivan’s life when her anxiety attacks caused her to withdraw from friends, staying locked in her home. The contrast between the dark lyrics and catchy indie hooks is at the heart of their beguiling sound.

The Grammy-nominated Malian couple make a welcome return with a new album “La Confusion” — a follow-up to 2012’s incredible “Folila”. ‘Bofou Safou’ derives from a nickname given to “young men who would rather dance than work”, and the video is a joyful riot of groovy polyester threads and Saturday Night Fever dance moves. The remixes are superb, and this winner from Fatima Yamaha is our favourite.

Andrea Tirone is currently rocking a rather strong 80s TV presenter look in his promo shots, so it’s appropriate that his music sounds like a funked up 80s game show theme tune. Andrea’s “Mind Enterprises” is a solo exploration into the influential sounds that shaped his career as a musician. ‘Idol’ is a rocking, dynamic, groove laden offering, putting a distinctively fresh, individual slant on the kind of new-wave electronic funk we see today.

Bicep are the Belfast-born, London-based duo of Matt McBriar and Andy Ferguson, and have been making high quality electronic music for some 10 years together. Their self-titled debut album was released on 1st September via Ninja Tune, and is the perfect summation of their career to date. The Bicep sonic history touches the cornerstones of underground club culture and makes a singularly unique electronic record founded on the blueprint of classic house, techno, electro and Italo disco, but flipped and morphed into a fresh design bearing the unique Bicep sonic signature. Rare quality.

Sticking with the theme of two guys making great dance music, please welcome to the playlist Sentre aka Dave Gardner and Denis White. You might not be familiar with them, but their writing and remix credits can be found next to a diverse list of names including Sasha, The XX, Maribou State, Moby and PHOENIX cover star Little Dragon. With “Believe” their solo material reaches new levels, delivering an anthemic Italo-house classic that could have rocked dancefloors any time over the past 20 years.

Theo has established himself as one of the UK’s most exciting emerging talents, having DJ’d alongside Jamie Jones, Tale Of Us, Seth Troxler and David August, and counting the likes of Pete Tong, Solomun and Simian Mobile Disco as fans. Theo’s stunning remix of “Overflow” by Rondo Mo is on repeat here at PHOENIX towers, but we are selecting this pumping house jam to help you round off the summer. Catch Theo DJing at Cuckoo Land at Ibiza Rocks on 03 September, or the Let It Bleed Halloween special on 28th October at Unit 51 in Aberdeen.

Every month, around the same time, I experience something of an existential crisis… Have I missed some essential new music for our playlist? What if the selection sucks? Luckily, artists like PHOENIX cover star Amber Mark make my life easier by consistently releasing brilliant music. “Heatwave” is reliably on point, with Amber delivering latin percussion and big-room vocals on this uptempo, carnival-inspired single. The sound of summer, for sure.

French electronic legends Cassius originally dropped ‘Ibifornia’ as part of their 2016 album, now the euphoric 8-minute dancefloor workout gets a re-release as a single on Ed Banger records, with some weighty remixes to back it up. We love Myd’s funk-fuelled, carnivalesque, house workout. Check out our interview with Ed Banger label boss Busy P where he talks about Cassius being the godfathers of “French Touch” and much more.

Did you enjoy the September 2017 Playlist? For more mixtapes click here.